Program September, 2014 The Unraveling of our Reproductive Rights

The Unraveling of Our Reproductive Rights 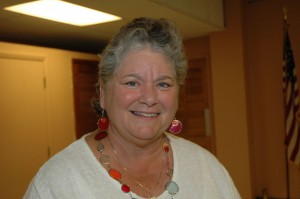 A crowd of nearly 100 women and men gave Paula Gianino a standing ovation at the conclusion of her remarks, which launched the 10th year of monthly educational programs provided by Women’s Voices Raised for Social Justice.

Speaking just hours after the Missouri legislature overturned the Governor’s veto of a bill that triples the waiting period before a woman can get an abortion, Gianino described recent actions of Missouri legislators as “difficult and troubling.”

“We worked hard to stop this bill, and we had physicians from across the state advocating on our behalf, ” she said. “We staged a 72-hour filibuster in May, which gained national press and raised public awareness and put pressure on the Governor. There was nothing more we could have done, and at some point we just have to hope that our politicians will do the right thing. But make no mistake: 72 hours can make a difference for a woman who needs an abortion. It may take away some options entirely. And our politicians should know that long waiting periods do not reduce the incidence of abortion; they just force women to have later abortions.”

One-third of the women in America have had an abortion, Gianino said, and many of them continue to be harassed and emotionally assaulted. She expects lawmakers in Missouri to continue to attempt to impose additional restrictions in 2015.

In addition to operating the only licensed abortion clinic in the state, Planned Parenthood also provides a full menu of services for women, men and teens, Gianino said. These include tests for sexually-transmitted diseases, cancer screenings, breast assessments, and contraceptive services. The organization has been a vocal supporter for Medicaid expansion in Missouri and for more options for women for contraceptive care.

Gianino will retire in January, 2015, after 25 years as head of the local organization where she has been acclaimed as a visionary leader, both locally and nationally.