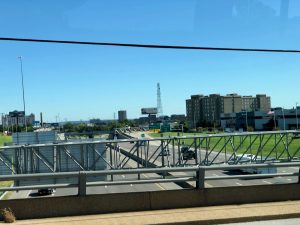 Hansman started the tour with an explanation of Mill Creek Valley, an area between Jefferson and Grand avenues where black families began to settle in the early part of the 20th century. Mill Creek Valley became a destination neighborhood, he said, until a combination of urban renewal and highway construction in the 1950s virtually obliterated it. 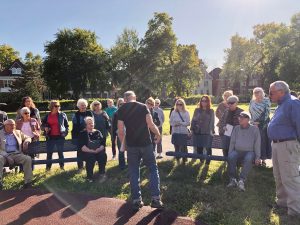 After pointing out the house at the center of the Shelley vs Kraemer dispute, an argument about the legality of restrictive covenants that went all the way to the US Supreme Court, we moved on to Ivory Perry Park. 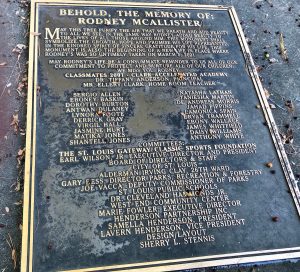 In Ivory Perry Park is a memorial to Rodney McAllister who was mauled to death by wild dogs in the park in 2001. 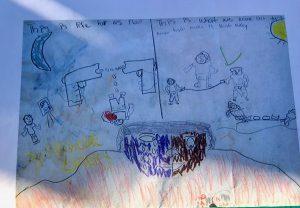 Hansman showed us a drawing made by a 10 year old girl describing her life at the present (with gun shots and a body falling) and what she would like her life to be like. She says she “doesn’t know how to make it that way.” 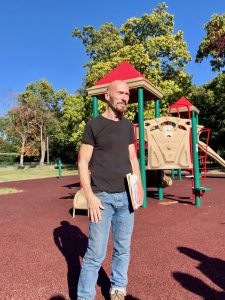 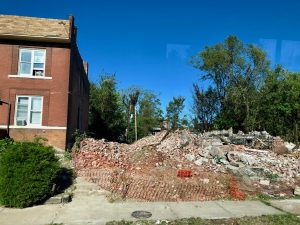 We learned about the value of old St. Louis bricks which are stolen and sold. 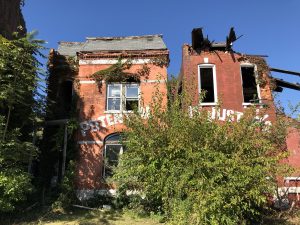 After visiting “The Ville” which Hansman described as “the second great black neighborhood in St. Louis, we stopped to see this house. The graffiti on the house split in two sections says, “Potential – not just 1/2.” 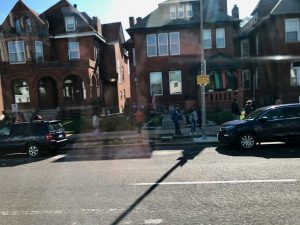 On St. Louis Ave. there are three museums devoted to black history – the Vashon Museum, the Frederick Douglas Museum and the Griot Museum. 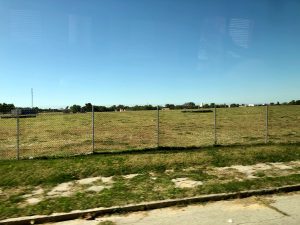 Across from Pruitt-Igoe “forest” is the future site of the National Geospatial Agency. 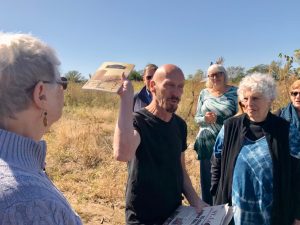 Hansman has written a book about Pruitt-Igoe. 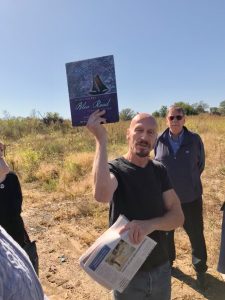 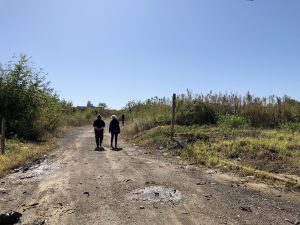 Participants took a short walk through what is today called the “Pruitt-Igoe forest.” Hansman outlined many of the problems that plagued the massive public housing high-rises before they were demolished in the 1970s. Today the site is owned by developer Paul McKee. 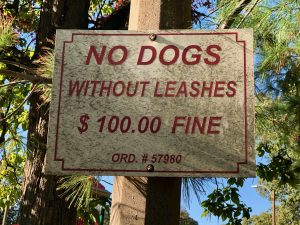