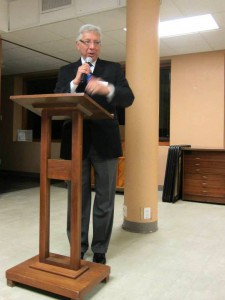 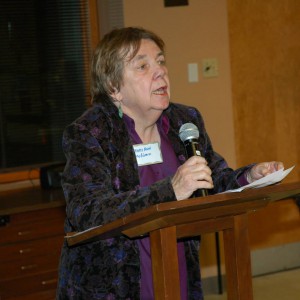 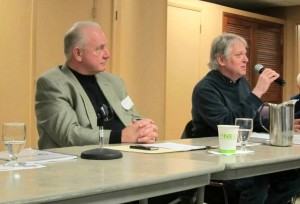 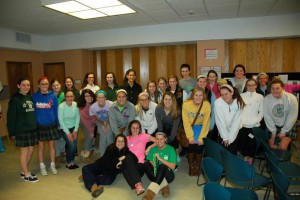 We were happy to welcome students studying social justice
at St. Joseph Academy to our February meeting.

An overflow audience, including a social justice class from St. Joseph Academy, came to learn about the income inequality that is reducing the middle class in America. Mark Rank said that in the past 40 years, the top 20 percent of Americans, especially the top 5 percent and the top 1 percent, have increased their wealth while the income of the bottom 80 percent has either remained static or declined. In 1973 the median earnings of a man working full-time were $52,000, compared to $49,000 in 2012. In 1980 the average CEO made 42 times more than the average worker; today the CEO makes 300 times more. Rank emphasized the dangers posed by this income inequality:

An important factor threatening the middle class has been the decline of unions, said Robert A. Soutier. Only 11 percent of American workers are represented by unions. “Right to work” states have decimated unions, he said, yet unemployment is no better in those states than in union states, and workers in RTW states make about $4,600 less per year than those in union states. Of the 20 poorest states, 13 are “right to work,” costing taxpayers money to pay for social services.

Mary Ann McGivern said Occupy Wall Street was successful because the movement raised consciousness that grassroots efforts are essential to bring about a society in which most people can answer yes to three questions: Are you happy? Are you financially and physically secure? Do you have agency over your own life? She urged the audience to speak out: “Put your state legislators on speed dial. Stop by your legislator’s office.”

In a lively question-answer session, the panelists and audience members suggested how progressive people can draw attention to the problems of income inequality and create a more just society: